In the yellow is where most of the Tundra biomes are. 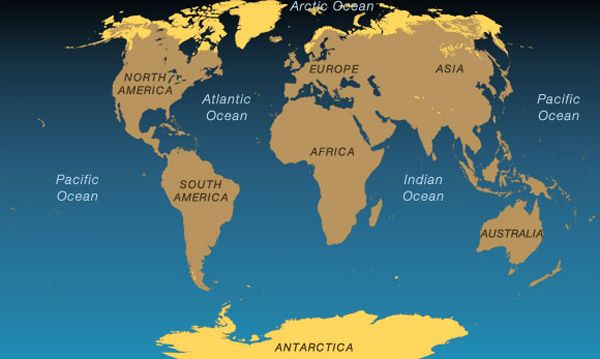 The Tundra's abiotic factors are
The common types of plants in the Tundra are willows, sedges and grasses, many in dwarf forms compared to their growth forms in warmer climes. Lichens and mosses are also important, particularly in the harshest climates.

Plant Adaptations
Tundra plants are small (usually less than 12 inches tall) and low-growing due to lack of nutrients, because being close to the ground helps keep the plants from freezing, and because the roots cannot penetrate the permafrost. Plants are dark in color—some are even red—this helps them absorb solar heat. Some plants are covered with hair which helps keep them warm. Some grow in clumps to protect one another from the wind and cold. Also some plants have dish-like flowers that follow the sun, focusing more solar heat on the center of the flower, helping the plant stay warm.
Animals that live in the tundra have special adaptations that allow them to survive the extreme temperatures and conditions that are present in a tundra. Some animals you would find in the Arctic Tundra would be deer, foxes, bears, wolves, rodents, hares, and shrews. There are also smaller herds of musk-oxen that roam the frozen regions. The predators that roam the tundra biome are polar bears, arctic foxes, and wolves. A smaller mammal that lives in the tundra is the snowshoe hare.

Animal Adaptations
Adaptations that these animals need to survive in the Arctic Tundra include thick fur to protect from harsh temperatures and insects. Caribou have concave hoofs for stabilization in snow and swimming in water). Because polar bears spend most of their time in the water, they have special hair that helps let the water slide off their fur. Polar bears also have a special snout that minimizes heat loss, keeping their body temperature high. Arctic foxes shed their winter fur in mid spring to a coat of short brown hair in the summer months. They prepare for winter in the late fall (September - early November). Like the arctic fox, the snowshoe hare changes its fur for summer to a yellowish brown color. It changes it's coat for the winter months, which is a white, to camouflage into the snow.
An example of competition could be between a musk ox and a caribou. A musk ox's diet consists of plants such as sedges and grasses, while a caribou's is made of berries, grass and sedge. When food is hard to find musk ox and caribou might have some competition trying to get something to eat. An example of cooperation is polar bears and the arctic foxes. The polar bears don’t mind the arctic foxes to join in on their kill because the polar bears let them eat their scraps as long as they don’t get in their way. 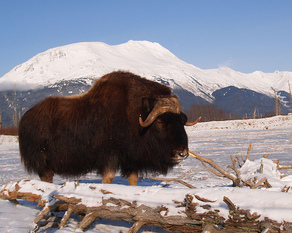 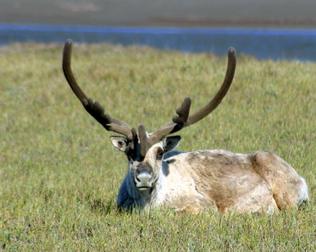